BERLIN — Three decades ago, Auguststrasse 69, a building in Berlin’s Mitte district, was a derelict former margarine factory occupied by a ragtag group of students. Despite leaky roofs and caved-in floors, they threw parties, made art and mounted exuberant no-budget exhibitions.

Last weekend, stylish crowds lined up outside the same building, now the KW Institute of Contemporary Art, to celebrate the institution’s 30th birthday; its now-verdant courtyard and smooth white walls far from the crumbling facades of the 1990s.

The entrance to “Kunst-Werke,” as KW was then known, around 1991. The building was once a margarine factory, but fell into disrepair.Credit…KW Institute for Contemporary Art

Housed in a rectangle of buildings framing the courtyard, KW is one of Berlin’s best-known venues for the edgy and sometimes anarchic work for which the city is known.

In these buildings are a vast white-cube exhibition space and airy halls, along with a basement bar, offices and storage attics. But 30 years ago, most rooms were creaky, cold artist studios. The district’s old buildings had fallen into ruin under Communism, or were abandoned by East Berliners suddenly free to move when the Wall came down.

KW has brought the work of many international artists to Berlin. In 2010, it presented the first major solo exhibition by the Israeli artist, Absalon.Credit…Collection du Fonds régional d’art contemporain Languedoc; Uwe Walte

KW’s journey from a student-run space to a serious art institute mirrors the transformation of the city around it. Berlin’s unique early-1990s situation set the stage for artists, curators, and thinkers to start something almost from scratch. But as an exhibition venue in a neighborhood that now contains some of the city’s most expensive real estate, KW is also a symbol of Berlin’s rapid gentrification.

It began as a kind of artists’ commune: On July 1, 1991, KW launched as “Kunst-Werke,” a nonprofit art space initiated by a group of young people including Klaus Biesenbach, who is currently the artistic director of the Museum of Contemporary Art in Los Angeles, but will return to Berlin to direct the Neue Nationalgalerie in early 2022. Back in KW’s early days, he was a 25-year-old medical student.

“My goal was always to have an incredibly productive debate, discussion, and collaboration with artists, and share it with the community,” said Biesenbach, now 55, reminiscing last week on a walk through his old neighborhood. The name “Kunst-Werke,” which means “art works” in German, also had a double meaning that related to its mission as a public utility, he said, like a gas works or power station.

The sexy abandon of Berlin’s early post-Wall years came through in performances like “Kiss” by Tino Sehgal, a piece in which two choreographed dancers passionately kiss for hours. On a stage outside, a lineup of D.J.s and performers included a concert by the Canadian singer Peaches, a longtime Berlin resident.

The event took a glamorous turn when Krist Gruijthuijsen, KW’s current director, appeared in a long hot-pink dress and platinum-blonde wig to perform a drag skit.

Krist Gruijthuijsen, center, has been KW’s director since 2016, and has increasingly highlighted art by queer, non-Western or otherwise marginalized artists.Credit…Mustafah Abdulaziz for The New York Times

“For me, KW is a place for and by artists,” Gruijthuijsen said in an interview before the celebrations. “Berlin needs a place where artists can experiment, but it’s also a gateway to bring in artists from around the globe,” he said.

An early curatorial experiment in 1992 proved pivotal. KW orchestrated the one-week exhibition “37 Rooms,” in which 37 curators displayed exhibitions in 37 vacant spaces in or near KW’s building, staged to coincide with the ninth edition of the Documenta exhibition in Kassel, Germany. For many of the curators, gallerists and collectors who made the journey to Berlin to see the show, it was their first time in the newly reunited city: It put Berlin on the international art-world map.

In the first two years, Kunst-Werke mounted more than 25 exhibitions. Shows in the 1990s featured works by artists like Bruce Nauman, Matthew Barney and a young Sarah Sze.

Looking back, the list of activities and names is impressive, but it was not always easy: If vacant real estate was plentiful in post-unification Berlin, financial support was not. “Everything was done on many, many shoestrings, with many, many supporters,” said Biesenbach. His first fund-raising drive at KW went toward 60 tons of coal for heating, he said.

In 1995, the foundation that awards funds from Berlin’s state lottery bought the complex and made it available to KW for cultural use. For a time, each show required raising independent funds. Today, the majority of funding comes from Berlin’s local government.

“My goal was always to have an incredibly productive debate, discussion, and collaboration with artists, and share it with the community,” said Klaus Biesenbach, one of KW’s founders.Credit…Mustafah Abdulaziz for The New York Times

In 2005, Biesenbach, who had collaborated with MoMA PS1 since 1996, left Berlin to take a curatorial position at the MoMA; chief curators succeeding him at KW — first Susanne Pfeffer, then Ellen Blumenstein — each contributed their own vision. Since Gruijthuijsen took over in 2016, exhibitions, like 2019’s “David Wojnarowicz: Photography and Film 1978–1992,” have increasingly highlighted art by queer, non-Western or otherwise marginalized artists.

While Saturday’s Peaches concert would have been imaginable at KW in the 1990s, Gruijthuijsen in drag is a far cry from Biesenbach’s navy suits, a uniform that dates to the early days.

Gruijthuijsen has been “making KW into a generator,” said Clémentine Deliss, a curator and scholar who worked in a KW studio in 1997 and is now an associate curator at the institute. “It still retains the vital aspect of being a space where artists and curators can develop new ideas together. You get the sense of being in a small craft factory,” she added.

Bonvicini, an artist who shows in museums and biennials around the world, worked in several KW studio spaces in the 1990s. “KW was always a kind of home for me,” she said in an interview. “The strength of KW is that it was born out of nothing. It’s still there. I hope it remains something honest to the city.” 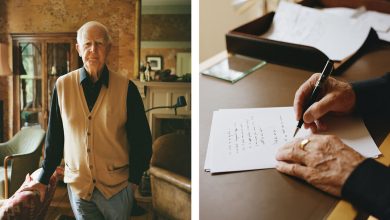 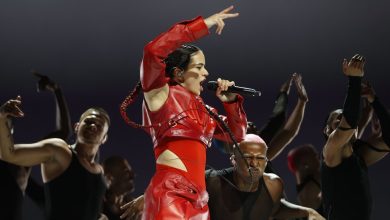 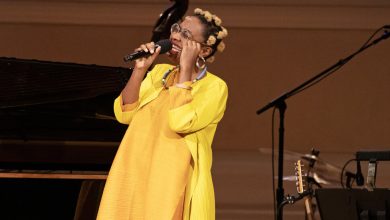 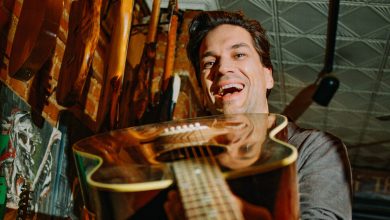