WASHINGTON — No president has ever packed as much of his agenda, domestic and foreign, into a single piece of legislation as President Biden has with the $3.5 trillion spending plan that Democrats are trying to wrangle through Congress over the next six weeks.

The bill combines major initiatives on the economy, education, social welfare, climate change and foreign policy, funded in large part by an extensive rewrite of the tax code, which aims to bring in trillions from corporations and the rich. That stacking of priorities has raised the stakes for a president resting his ambitions on a bill that could fail over the smallest of intraparty disputes.

If successful, Mr. Biden’s far-reaching attempt could result in a presidency-defining victory that delivers on a decades-long campaign by Democrats to expand the federal government to combat social problems and spread the gains of a growing economy to workers, striking a fatal blow to the government-limiting philosophy of President Ronald Reagan that has largely defined American politics since the 1980s.

But as Democrats are increasingly seeing, the sheer weight of Mr. Biden’s progressive push could cause it to collapse, leaving the party empty-handed, with the president’s top priorities going unfulfilled. Some progressives fear a watered-down version of the bill could fail to deliver on the party’s promises and undermine its case for a more activist government. Some moderates worry that spending too much could cost Democrats, particularly those in more conservative districts, their seats in the 2022 midterm elections, erasing the party’s control of Congress.

The legislation, which Democrats are trying to pass along party lines and without Republican support, contains the bulk of Mr. Biden’s vision to overhaul the rules of the economy in hopes of reducing inequality and building a more vibrant middle class. But its provisions go beyond economics.

Democrats hope the package will create a pathway to citizenship for as many as eight million undocumented immigrants, make it easier for workers to form unions, and lower prescription drug costs for seniors. They want to guarantee prekindergarten and community college for every American, bolster the nation’s strategic competitiveness with China and stake an aggressive leadership role in global efforts to fight climate change and corporate tax evasion.

The plan includes a large tax cut for the poor and middle class, efforts to reduce the cost of child care and expand access to home health care for older and disabled Americans and create the first federally guaranteed paid leave for American workers.

Democrats hope the package will create a pathway to citizenship for immigrants brought to the United States as children.Credit…Carlo Allegri/Reuters

It is almost as if President Franklin D. Roosevelt had stuffed his entire New Deal into one piece of legislation, or if President Lyndon B. Johnson had done the same with his Great Society, instead of pushing through individual components over several years.

“The president is on the cusp of achieving a major expansion in public education, one of the largest expansions of the social safety net, the largest investment in climate change mitigation” and overhauls in labor law and drug pricing, said Patrick Gaspard, a former Obama administration official who is now the president of the liberal Center for American Progress in Washington.

“Each one of these things is significant in its individual constituent parts,” he said, “but taken as a whole, it, I think, speaks to the remarkable opportunity that we have — these once-in-a-generation opportunities to set a course that creates growth for all, including and especially those who have been most vulnerable in this economy.”

If the effort succeeds, Mr. Biden will have accomplished much of what he campaigned on in one fell swoop. Observers say he will carry a strengthened hand into global summits in October and November that are meant to galvanize the world around transitioning from planet-warming fossil fuels and ending the use of offshore havens that companies have long used to avoid taxation.

White House officials say that the breadth of programs in the package form a unified vision for the United States’ domestic economy and its place in the world, and that the planks serve as a sort of coalition glue — a something-for-everyone approach that makes it difficult to jettison pieces of the plan in negotiations, even if they prove contentious.

But the sheer scope of its contents has opened divisions among Democrats on multiple fronts, when Mr. Biden cannot afford to lose a single vote in the Senate and no more than three votes in the House.

Centrists and progressives have clashed over the size of the spending in the legislation and the scale and details of the tax increases that Mr. Biden wants to use to help offset its cost. They are divided over prescription drug pricing, the generosity of tax credits for the poor, the aggressiveness of key measures to speed the transition to a lower-emission energy sector and much more.

Even items that are not top priorities for Mr. Biden have opened rifts. On Friday, one of the party’s most outspoken progressives, Representative Alexandria Ocasio-Cortez of New York, took aim at a crucial priority of several top Democrats, including Senator Chuck Schumer, saying she would resist attempts to fully repeal a cap on deductions for state and local property taxes that would aid high earners in high-tax areas.

If Mr. Biden’s party cannot find consensus on those issues and the bill dies, the president will have little immediate recourse to advance almost any of those priorities. Outside of a hard-fought victory on a bipartisan infrastructure package — which has passed the Senate but not yet cleared the House — Mr. Biden has found almost no reception from Republicans for his proposals. His economic, education and climate agendas, and perhaps even additional efforts to rebuild domestic supply chains and counter China, could be blocked by Republicans under current Senate rules for most legislation.

Republicans say the breadth of the bill shows that Democrats are trying to drastically shift national policy without full debate on individual proposals.

Representative Kevin Brady of Texas, the top Republican on the Ways and Means Committee, complained repeatedly this week that Republicans and conservatives “believe that our government is wasting so much to kill so many American jobs.”

Mr. Biden’s plan would “hook a whole new generation of the poor on government dependency,” he said.

Biden administration officials say the bill’s contents are neither secret nor socialist. They say the plan tracks with the proposals Mr. Biden laid out in the 2020 campaign, in his first budget request and in an address to a joint session of Congress.

“There is a through line to everything that we are advancing,” Brian Deese, who heads the White House National Economic Council, said in an interview, “from investments in education, to winning the clean energy economy of the future to restoring fairness in the tax code, that connects to how we make ourselves globally competitive in this next quarter of the 21st century.”

Ted Kaufman, a longtime aide to Mr. Biden who helped lead his presidential transition team, said the core of the bill went back much further: to a set of newsprint brochures that campaign volunteers delivered across Delaware in 1972, when Mr. Biden won an upset victory for a Senate seat.

“He ran because he wanted to do all these things,” Mr. Kaufman said, both during his 1972 race and during his presidential campaign last year. But tackling so many things at once has exposed divisions among congressional Democrats, including this week, when Mr. Biden’s attempt to reduce prescription drug costs failed a House committee vote after three Democrats joined Republicans in disapproval.

Party leaders are trying to balance the demands of liberals who already see a $3.5 trillion bill as insufficient for the nation’s problems and moderates, like Senators Kyrsten Sinema of Arizona and Joe Manchin III of West Virginia, who have balked at its overall cost and some of its tax and spending provisions.

Many polls show the bill’s pieces largely fare well with voters, including independents and some Republicans. Margie Omero, a principal at the Democratic polling firm GBAO, which has polled on the bill for progressive groups, said the ambition of the package was a selling point that Democrats should press as a contrast with Republicans in midterm elections.

“People feel like the country is going through a lot of crises, and that we need to take action,” she said.

As they scuffle over the bill’s final cost and levels of taxation, Democrats have tried to find savings without discarding entire programs — by reducing spending on home health care, for example, instead of dropping it or another provision entirely.

Progressive groups say that is a reason for lawmakers to not further reduce the size of the effort, worrying that scaled-back programs could undermine the case for broad government intervention to solve problems.

The bill calls for expanding access to child care.Credit…Kathleen Flynn/Reuters

“If the bill passes as is right now and we get a major sea change in the progressivity of the tax code, we build a serious infrastructure for, like, universal child care in this country, and we really, really sort of start to make progress toward a green economy, this is going to be a historic piece of legislation,” said Lindsay Owens, the executive director of the Groundwork Collaborative, which has pushed the administration to focus on shared prosperity that advances racial equity.

If the bill is whittled down, she said, Mr. Biden risks “a situation in which we didn’t spend enough money on any piece to do it well.”

“You don’t want half a child care system and a little bit of a greening of the economy in two sectors,” she added. “You really don’t want to do a lot of things poorly.”

Administration officials insist that even if the bill fails entirely, other efforts by Mr. Biden — including executive actions and bipartisan measures now awaiting House approval after clearing the Senate — have reasserted the United States’ leadership on climate, competitiveness and confronting China. In some areas, though, Mr. Biden has little other recourse, like opening the pathway to citizenship for immigrants brought to the country as children.

For now, the president continues to publicly set high expectations for a bill that aides say he sees as fundamental to demonstrating that democratic governments can deliver clear and tangible benefits for their people.

“This is our moment to prove to the American people that their government works for them, not just for the big corporations and those at the very top,” Mr. Biden said on Thursday. He added, “This is an opportunity to be the nation we know we can be.” 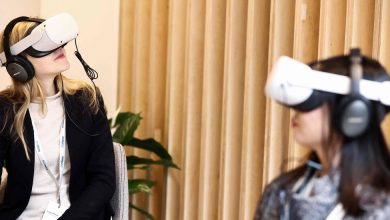