Jennifer Simpkins had always been the primary caregiver for her young son and daughter. When they needed to be picked up from school, it was Ms. Simpkins, a preschool teacher, who would usually rush from work to get them. It typically fell to her to make them dinner, take them to gymnastics and karate and schedule their doctor’s appointments.

During the height of the pandemic, however, things changed. Ms. Simpkins, 35, was able to find a new job in social services that allowed her to work from home, relieving some of the pressure from her workday. Because her partner, a restaurant chef who worked nights and weekends, was temporarily out of a job, the couple decided he would take on more of the child care duties.

“It was nice in the beginning of the pandemic, having that time with my family,” said Ms. Simpkins, who lives in Downingtown, Pa. “I was there in case there was an emergency. I wasn’t commuting.”

But she ended up feeling guilty when she worked from home to be with her children. Her partner eventually went back to work, which meant more limited flexibility. Once again, she was the person torn between her job and shouldering the demands of child care during the work day.

“It has been right back to the juggling act that I felt before the pandemic,” she said. “The things that I thought were going to change in terms of maybe some more work flexibility to work from home some days or having that extra support financially or whatever it may be — we’re back to the grind.”

The pandemic disproportionately affected women, driving them from the labor force and saddling them with household and child care responsibilities. But there was also optimism among many policy experts and activists that the crisis would lead to a once-in-a-lifetime opportunity to revolutionize the rules for working parents who were also primary caregivers, typically mothers.

School and day care closings had pushed the realities of child care front and center. For lower-wage shift workers, who already dealt with unpredictability, it became impossible to piece together work schedules. For people able to work remotely — with toddlers Zoom-bombing meetings and living rooms unexpectedly turning into classrooms — every day seemed to serve as a reminder for many working parents of how unstable their child care systems were.

In Washington, there was more widespread interest in establishing a robust infrastructure to support women and families, including proposals for subsidized child care, federally mandated paid family leave and universal prekindergarten. Many companies were placing an emphasis on flexible hours and remote work that seemed aimed in part at accommodating caregiving.

Above all, issues around managing child care and work that had long been considered private family matters were suddenly out in the open, turning the needs of working parents into a subject that resonated in conference rooms and state capitals across the country.

The potential implications were profound: Not only could the pandemic help recalibrate the answer to a question like, “Who picks up a sick child from school?” but it could also radically alter whether workplaces look askance at the parent who takes time away from work to do to so. More fundamentally, any number of policy ideas that the pandemic inspired, if realized, could make it easier for working parents, especially women, to balance work and child care, as well as increase gender equality at work and at home and upend entrenched gender norms about caregiving.

“It just feels like an Overton window, where you have increased public dialogue but also you have public will to really change and reflect on women’s experiences in the work force,” C. Nicole Mason, the president and chief executive of the Institute for Women’s Policy Research, said in an interview this summer.

Roughly half of mothers with children under 18 were employed full-time last year. For white-collar women and women with office jobs, who were more likely to benefit from increased work flexibility, the possible reforms were uniquely promising.

But the optimism is fading, partially because of Washington. The Biden administration and Democrats in Congress indicated early in the year that federal paid family and medical leave was a priority in the president’s domestic spending package — but the plan was pared down from 12 weeks to four weeks, then dropped entirely from the framework President Biden announced on Thursday.

“As you can see, the window is closing,” Dr. Mason said this past week.

Now, as the pandemic recedes and everyday life begins to return to normal, some working mothers are worried that nothing much will change.

“People are finally seeing how important child care is in our society,” said Kristen Shockley, an associate professor of psychology at the University of Georgia who studies the intersection of work and family life. “But is that going to translate into a way that our society values caregiving? I’m less optimistic about that.”

Some data and research underscore this concern, particularly on the key metric of work-versus-child care responsibilities.

Last year, when the pandemic first turned work and home life upside down, women in heterosexual dual-earner couples with young children bore the brunt of the child care burden, according to one research paper that was co-written by Ms. Shockley.

Ms. Simpkins has been back to work in person since last fall.Credit…Rachel Wisniewski for The New York Times 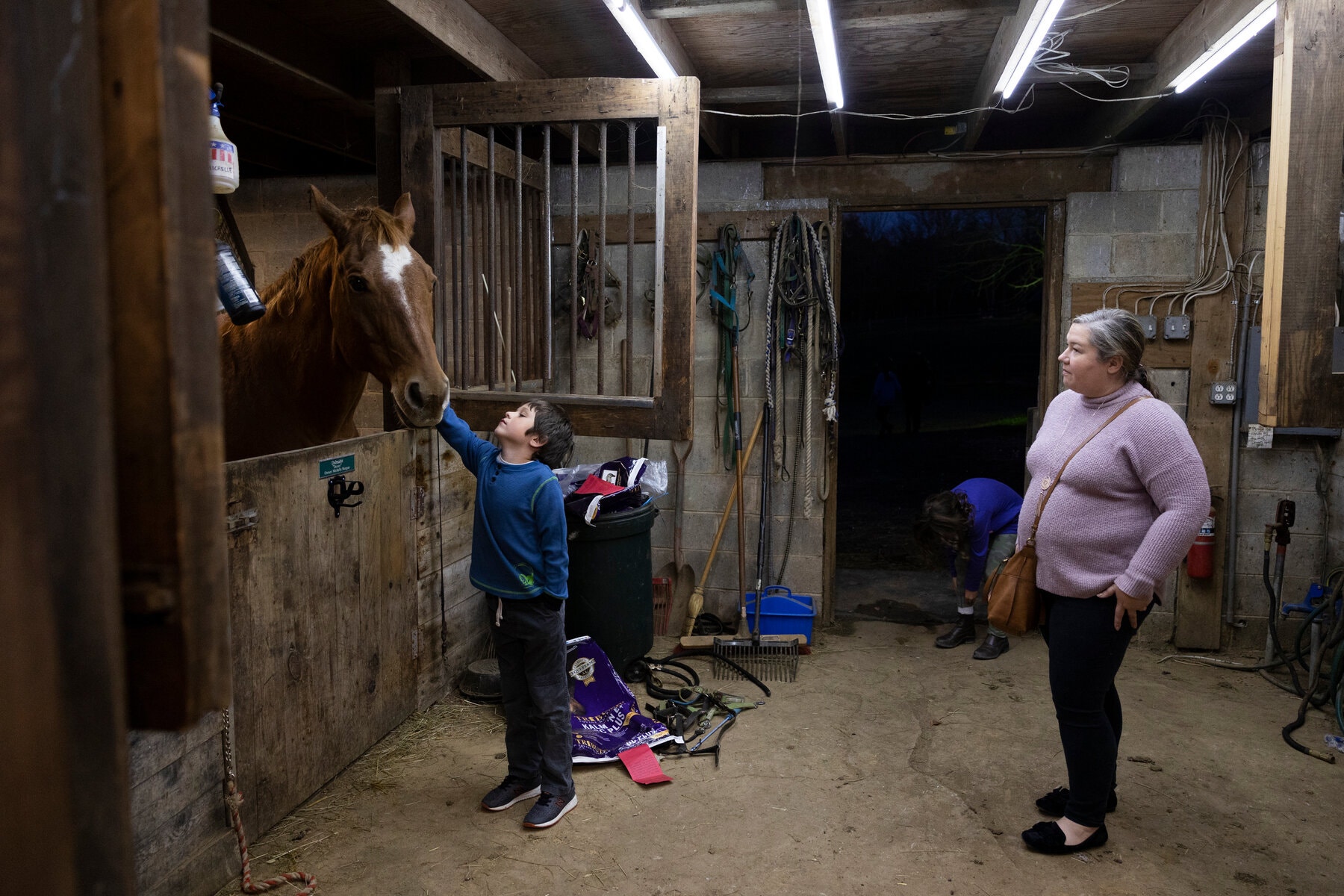 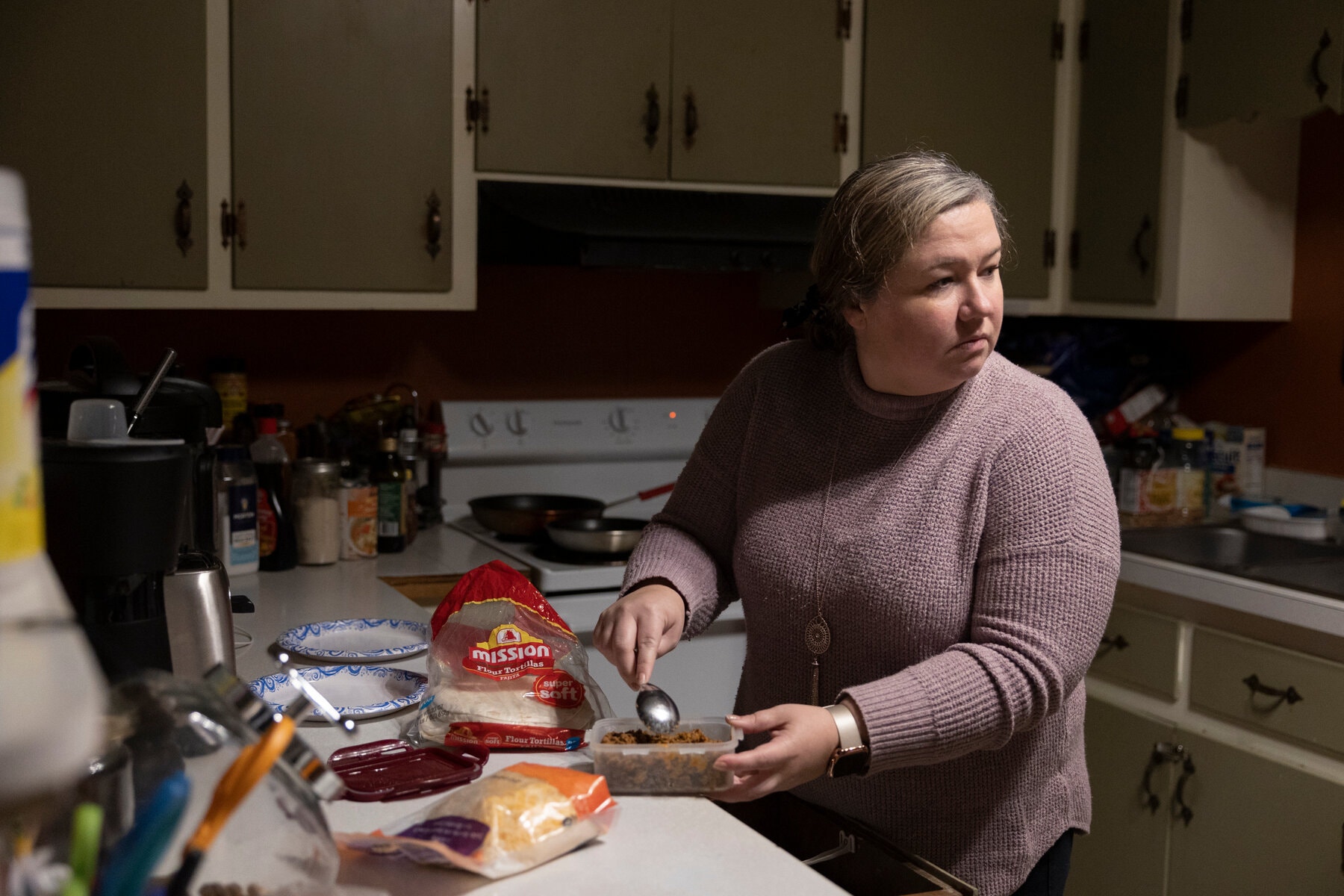 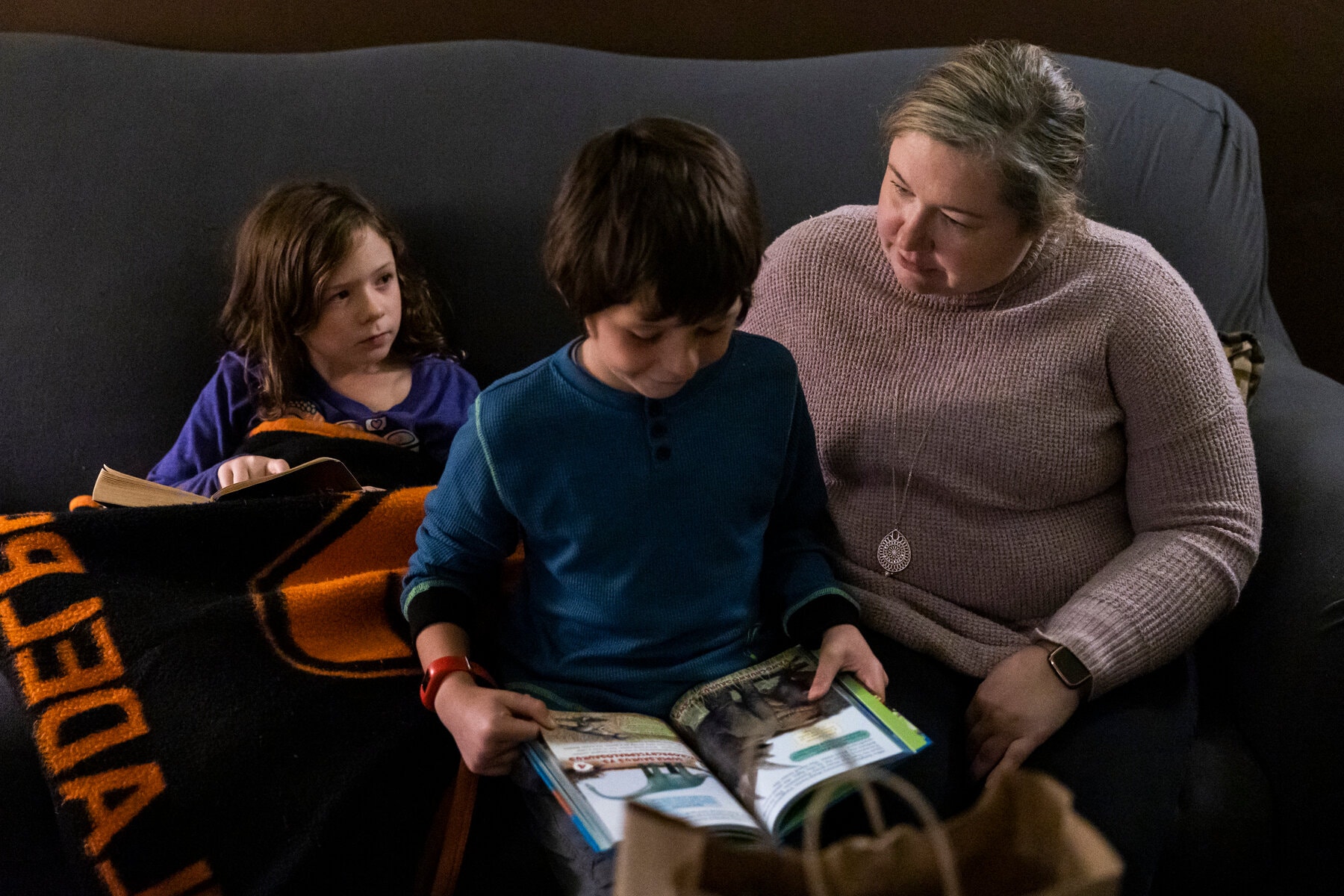 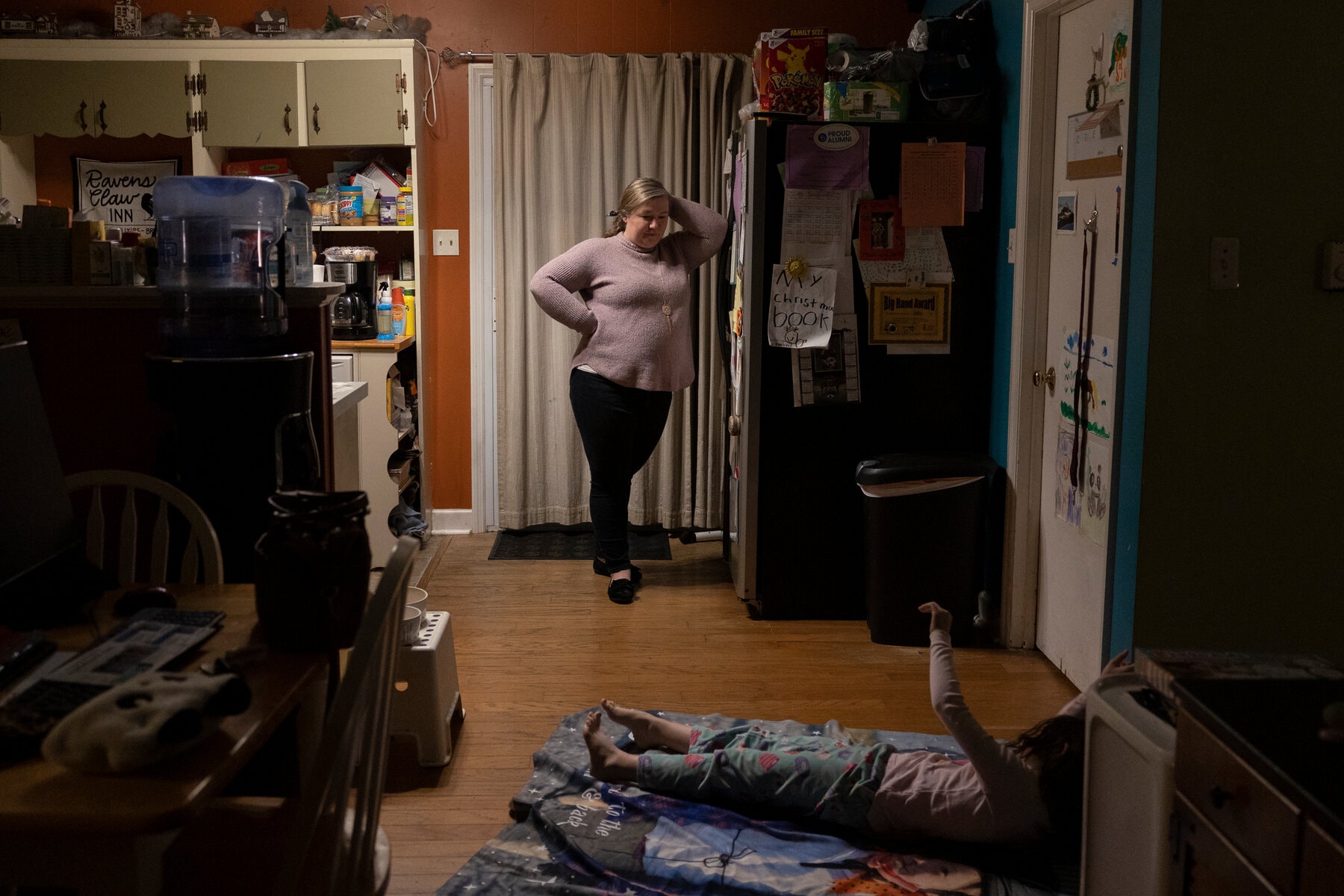 Ms. Simpkins is shouldering the bulk of the child care duties, like taking her daughter to weekly horse riding lessons and preparing dinner.Credit…Rachel Wisniewski for The New York Times

“It has been right back to the juggling act that I felt before the pandemic,” she said. Credit…Rachel Wisniewski for The New York Times

“Even though the separation of the spheres of work and home had largely disintegrated, and men were much more likely to be physically present in their homes, we found evidence a substantial portion of couples were engaging in highly gendered strategies,” the paper found.

Fathers are spending more time on child care than they did decades ago, according to the Pew Research Center. But the expectation that women, employed or not, are the primary caregivers appears to have stubbornly held. That is in part because this is how many people want to arrange their lives, though it can also be hard to disentangle those desires from societally reinforced expectations.

“They are quite immutable,” Ms. Shockley said, about traditional gender roles in caregiving. “Part of the issue is because it’s entrenched in so many different things. There are so many different pieces that would have to move for things to really change.”

In married-couple households with children ages 6 to 12, nonworking husbands on average did significantly more child care last year than usual, and yet still spent less time than nonworking wives do on child care every year, according to an analysis of Labor Department data.

It is less clear what the pandemic’s effect on primary caregiving duties has been this year, or on what decisions around work single parents had to make, but experts on gender dynamics in work and family said that patterns established in the first year of the pandemic were unlikely to have changed.

“Covid was an exogenous shock,” said Beth Livingston, an assistant professor of management and entrepreneurship at the University of Iowa’s Tippie College of Business, who studies gender and the management of work and family. “But the way we reacted to it particularly in those early stages — those initial reactions become our baselines.”

Other recent data also suggests that working mothers, nearly two years into the pandemic, are still largely responsible for taking care of their children.

In some instances, the pandemic has brought into even starker relief women’s dual roles as breadwinners and caretakers.

When her 10-year-old daughter went back to school in person this year, Shonda Renee Lawary, a personal trainer in Marietta, Ga., began organizing her days around school drop-off and pickup times. 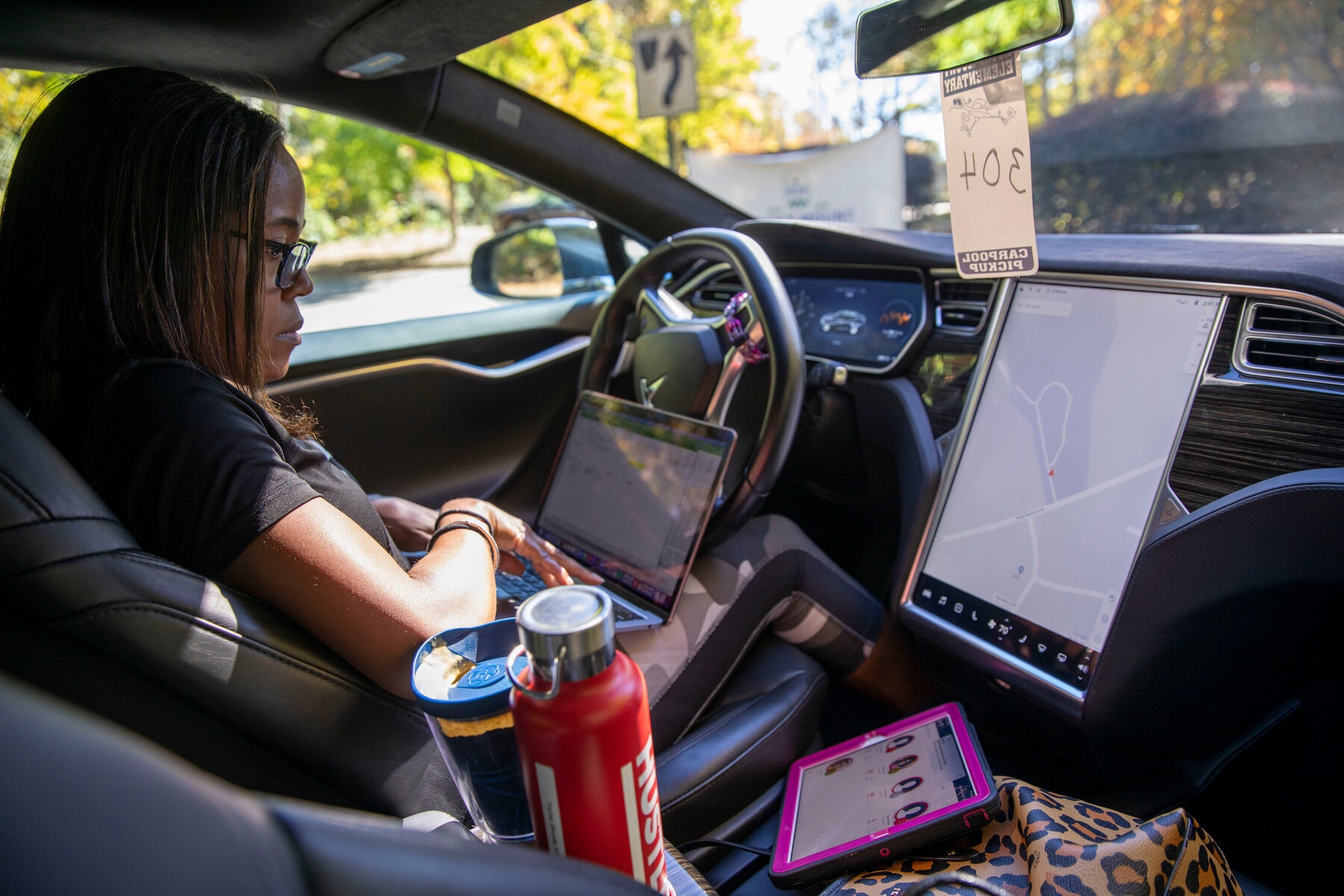 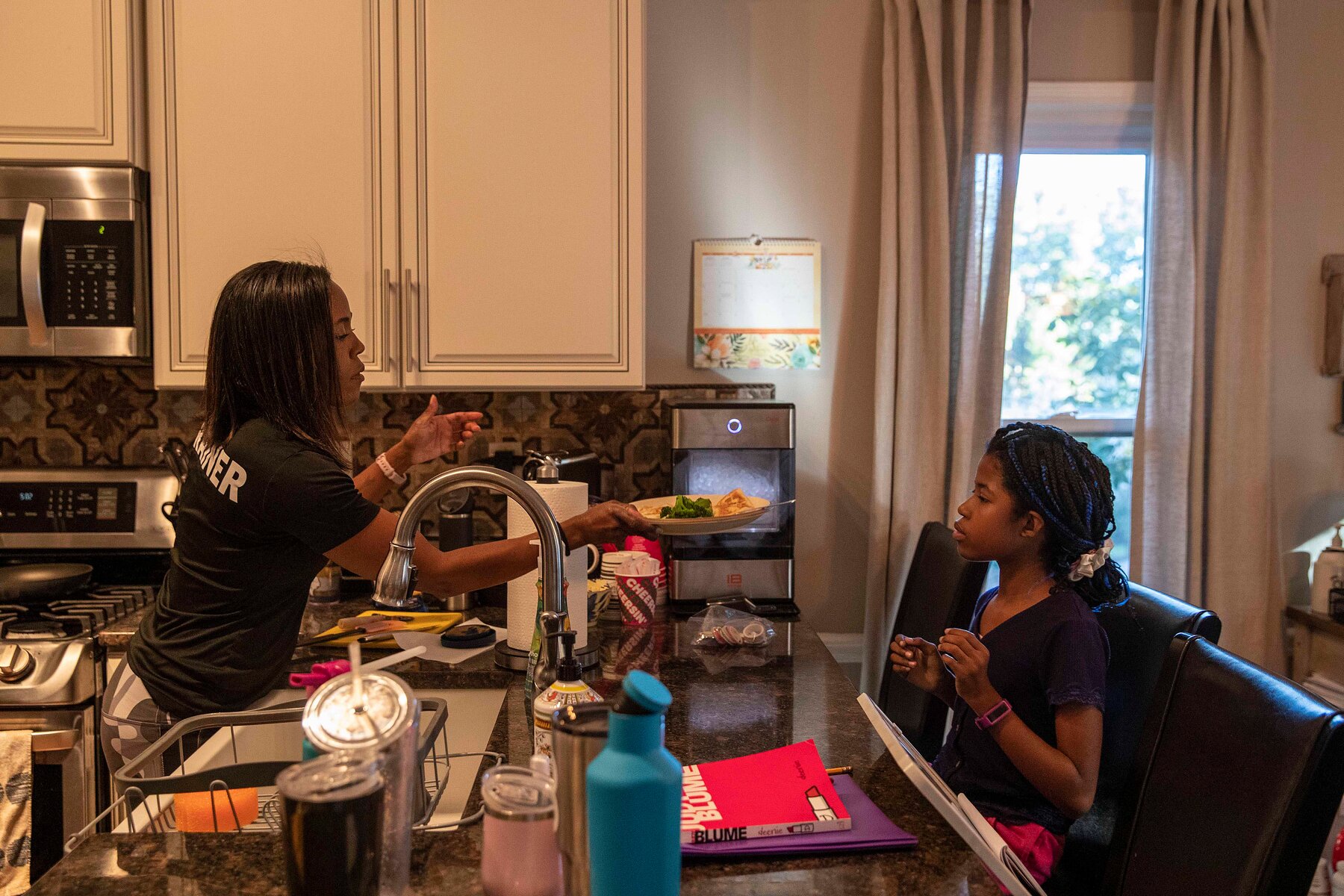 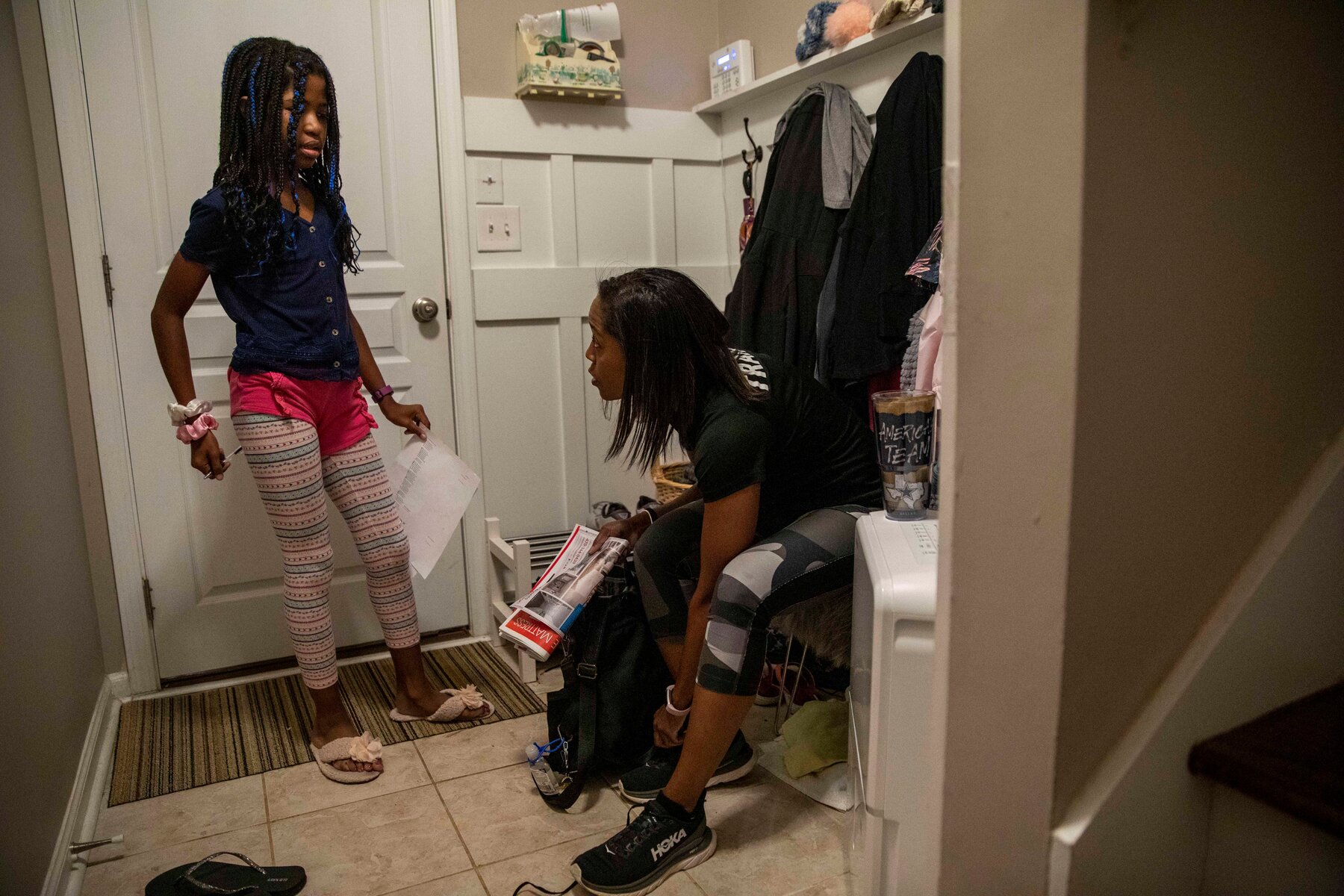 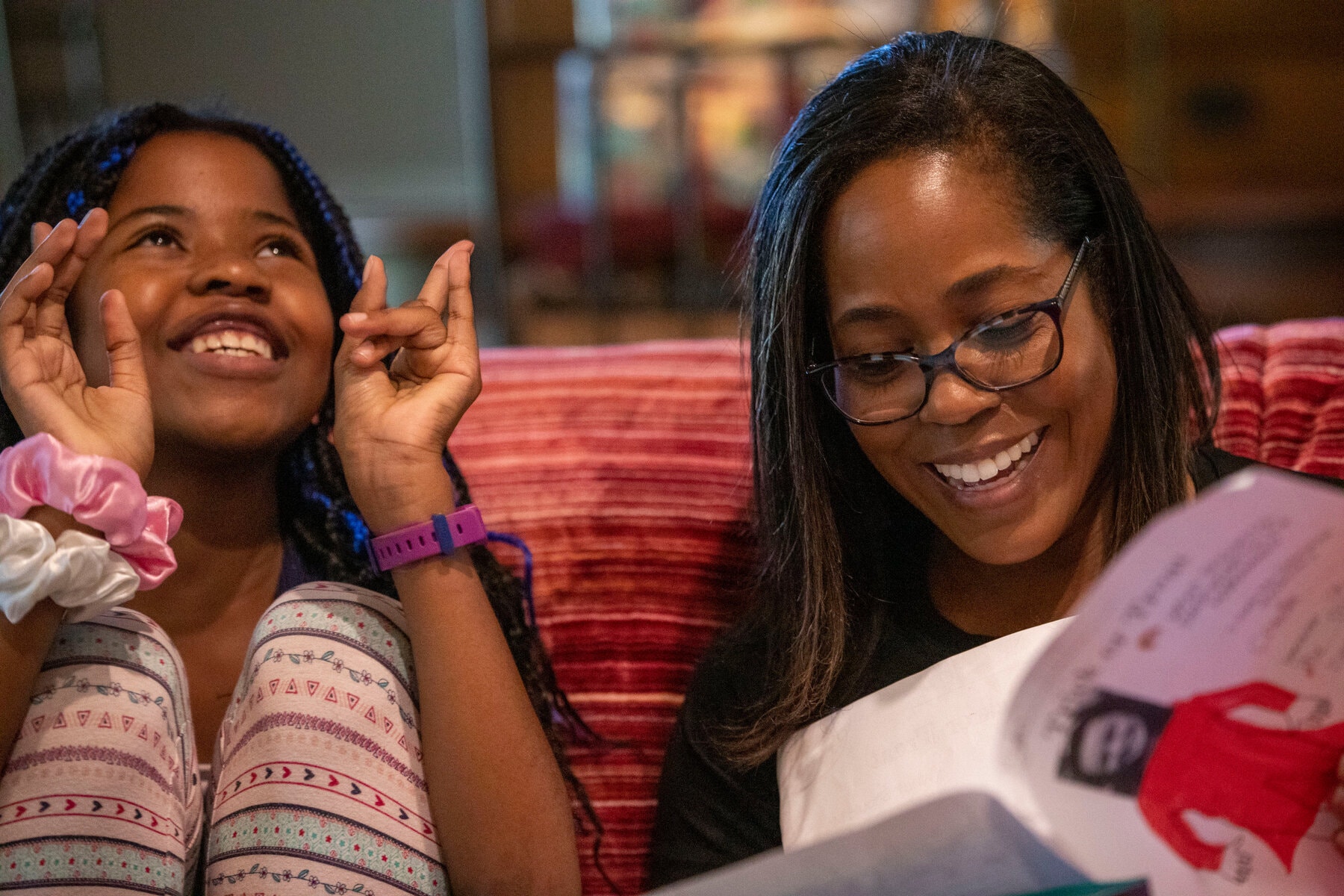 Ms. Lawary is juggling her work as a personal trainer as well as taking care of her daughter.Credit…Alyssa Noel Pointer for The New York Times

Ms. Lawary leading a virtual exercise class. “I’m kind of operating under the assumption that this is my new norm and I’m going to have to figure it out,” she said.Credit…Alyssa Noel Pointer for The New York Times

“I drive her to school every morning and I pick her up every afternoon. There are no after-school activities or after-school care,” said Ms. Lawary, 47, who is divorced. “Which also means that I have to structure my work schedule around very short windows of time.”

During her evening boot camps on Tuesdays and Thursdays, she often brings her daughter with her. She has noticed that other mothers taking her class frequently bring their children, too.

She does not expect much to change.

“Obviously, as she gets older and she gets a little more self-sufficient, it may allow me to work more, but I don’t know that that’s the best thing either,” she said. “It’s just such a careful balance to make sure she has the support she needs and I’m able to earn a living.”

With limited options for her daughter outside of school hours, she added, “I’m kind of operating under the assumption that this is my new norm and I’m going to have to figure it out.”

Even if the pandemic has not made the careful balance of working parenthood fundamentally easier, experts do see small, beneficial changes on the horizon.

“So much of being rewarded at work is being seen as a devoted professional, an ideal worker, and part of being seen as an ideal worker is being around a lot,” said Mary Blair-Loy, a sociologist at the University of California, San Diego, who studies gender, work and family. “If that expectation recedes and Zoom or other technologies are seen as a legitimate way to work in groups and to demonstrate commitment, I think that that kind of unfair penalty for mothers doing remote work will recede.”

Heather Silva, 43, has felt the effects of that kind of freedom first hand. Ms. Silva, who lives in Santa Barbara, Calif., and works in fund-raising at a public university, still considers herself primarily responsible for scheduling play dates and other activities for her 8- and 11-year-old daughters. But her husband, who works in telehealth, is now more comfortable taking time away from work to be with their children because his work culture has shifted during the pandemic and he is able to keep a more flexible schedule, she said.

She, too, is less worried when she has to leave work early for parenting duties at home.

“Before, I would be doing this work but sort of stealing off in the afternoons, sort of slinking away from the office and hoping no one notices that I’m leaving,” she said. “Now I feel like there’s a certain absolution about it.”

Tags
Care School She Ti̇me Who