Teva Pharmaceuticals, one of the country’s biggest manufacturers of generic opioids, announced a settlement in principle with some 2,500 local governments, states and tribes over the company’s role in the deadly, ongoing opioid epidemic.

The deal — worth up to $4.25 billion — came after a series of blistering trials and previous settlements in individual cases across the country over the past year.

Though much lesser-known, Teva, an Israeli company, and its affiliates produced far more prescription opioids during the peak years of the crisis than marquee-name opioid manufacturers such as Johnson & Johnson did. Its production of both generic and branded painkillers dwarfed the output of Purdue Pharma, the maker of OxyContin, the medication most immediately associated with setting off an avalanche of overdoses and deaths.

Under the deal, Teva would make payouts over 13 years, directed to state, local and tribal programs to ease the opioid crisis, which has only deepened during the coronavirus pandemic. The $4.25 billion total included the nearly $550 million in settlements the company had already struck as trials got underway in San Francisco as well as in Florida, West Virginia, Texas, Louisiana and Rhode Island.

States and communities can choose to accept a portion of their payouts in overdose reversal medications, rather than cash.

Fentanyl Overdoses: What to Know

Devastating losses. Drug overdose deaths, largely caused by the synthetic opioid drug fentanyl, reached record highs in the United States in 2021. Here’s what you should know to keep your loved ones safe:

Understand fentanyl’s effects. Fentanyl is a potent and fast-acting drug, two qualities that also make it highly addictive. A small quantity goes a long way, so it’s easy to suffer an overdose. With fentanyl, there is only a short window of time to intervene and save a person’s life during an overdose.

Stick to licensed pharmacies. Prescription drugs sold online or by unlicensed dealers marketed as OxyContin, Vicodin and Xanax are often laced with fentanyl. Only take pills that were prescribed by your doctor and came from a licensed pharmacy.

Talk to your loved ones. The best way to prevent fentanyl use is to educate your loved ones, including teens, about it. Explain what fentanyl is and that it can be found in pills bought online or from friends. Aim to establish an ongoing dialogue in short spurts rather than one long, formal conversation.

Learn how to spot an overdose. When someone overdoses from fentanyl, breathing slows and their skin often turns a bluish hue. If you think someone is overdosing, call 911 right away. If you’re concerned that a loved one could be exposed to fentanyl, you may want to buy naloxone, a medicine that can rapidly reverse an opioid overdose and is often available at local pharmacies without prescription.

The deal was negotiated by representatives for about a dozen state attorneys general. “Today’s announcement once again shows that those responsible for this tragic issue will be held accountable and help will be available to those affected by the opioid epidemic,” Tom Miller, the attorney general of Iowa, whose office was involved in the negotiations, said in a statement.

Teva said in a statement, “While the agreement will include no admission of wrongdoing, it remains in our best interest to put these cases behind us and continue to focus on the patients we serve every day.”

People close to the talks said that about 10 to 12 percent of the money would be allocated for fees to lawyers who, starting in 2013, brought the cases against the company.

In 2016, Teva acquired Actavis, a generics unit of Allergan. For Teva’s deal to be finalized, Allergan also has to reach a settlement with these plaintiffs. Lawyers familiar with negotiations said they expected that announcement to be made soon.

The deal is also contingent upon an overwhelming majority of state, local and tribal governments voting in favor it.

From powerful pharmaceuticals to illegally made synthetics, opioids are fueling a deadly drug crisis in America.

Lawyers on an executive committee negotiating for local governments urged everyone to back the hard-won deal: “We encourage all these groups to sign onto this agreement to allow these resources to get into the hands of those who need them as fast as possible,” they said in a statement.

While that outcome seems likely, one state that participated, among the dozen that negotiated the terms, has not yet signed on: New York, along with Nassau and Suffolk counties, which prevailed against Teva in a civil jury trial last December. Under the shadow of a second phase of that trial to determine financial remedies, New York is still in talks with the company, a spokeswoman for the New York attorney general’s office said.

Eliciting an acceptable offer from Teva has been a particularly protracted battle for the states, tribes and municipalities that brought cases against it. While Purdue Pharma, for example, has often been associated with amped-up and misleading marketing of its branded drugs to doctors, manufacturers of generic drugs do not formally make sales calls to them. Teva maintained that it did not market its opioids to doctors.

One of Teva’s initial settlement offers, in 2019, consisted almost entirely of medications, along with a small amount of cash. While Johnson & Johnson and the three drug distributors that also participated in that early offer went on to strike a deal two years later, Teva continued to litigate.

But in December 2020, the Senate Finance Committee released findings that were particularly critical of Teva, among other manufacturers, for the millions of dollars it paid to tax-exempt groups that lobbied lawmakers and others, pressing for greater patient access to pain medications. At trial, plaintiffs said that Teva, which assumed a dominant position in the generics market by buying smaller companies, had ignored red flags such as outsized pill orders.

Tags
Opi̇oi̇d Over State Teva That 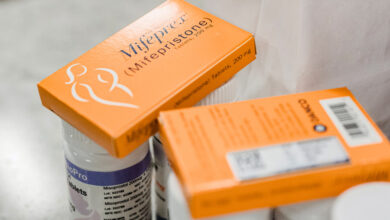 Study Finds Another Condition That Vitamin D Pills Do Not Help