WASHINGTON — The Supreme Court on Monday refused to block New York’s requirement that health care workers be vaccinated against the coronavirus even when they cite religious objections.

As is often the court’s practice in rulings on emergency applications, its unsigned order included no reasoning. But Justice Neil M. Gorsuch filed a 14-page dissent saying that the majority had betrayed the court’s commitment to religious liberty.

Justice Samuel A. Alito Jr. joined Justice Gorsuch’s dissent. Justice Clarence Thomas also said he would have blocked the vaccine requirement, but he gave no reasons.

The Supreme Court in October refused to provide relief to health care workers in Maine who had made an essentially identical request in a challenge to a similar state requirement, over the dissents of the same three justices.

The court has also rejected challenges to vaccination requirements at Indiana University, for personnel in New York City’s school system and for workers at a Massachusetts hospital. The court also rejected a challenge to a federal mandate requiring masks for air travel.

All of those rulings were issued by just one justice, which can be a sign that the legal questions involved were not considered substantial. But those one-justice rulings did not involve religion.

In his dissent on Monday in the case from New York, Justice Gorsuch wrote that the practical consequences of the court’s decision would be grave.

“Thousands of New York health care workers face the loss of their jobs and eligibility for unemployment benefits,” he wrote.

“These applicants are not ‘anti-vaxxers’ who object to all vaccines,” Justice Gorsuch added. “Instead, the applicants explain, they cannot receive a Covid-19 vaccine because their religion teaches them to oppose abortion in any form, and because each of the currently available vaccines has depended upon abortion-derived fetal cell lines in its production or testing.”

“The Free Exercise Clause protects not only the right to hold unpopular religious beliefs inwardly and secretly,” he wrote. “It protects the right to live out those beliefs publicly.”

The ruling came in a pair of challenges brought by doctors, nurses and other health care workers who said the requirement violated their right to the free exercise of religion. They argued that the availability of a medical exemption meant that the state was discriminating against religious practice, citing decisions of the Supreme Court striking down limits on religious gatherings that the justices in the majority said were more restrictive than ones imposed on secular gatherings.

In a consolidated appeal in the two cases, the United States Court of Appeals for the Second Circuit, in New York, refused to block the requirement.

U.S. nears 800,000 Covid deaths. The United States is on the cusp of surpassing 800,000 deaths from the virus, and no group has suffered more than older Americans. Seventy-five percent of people who have died in the U.S. have been 65 or older. One in 100 older Americans has died from the virus.

The Omicron variant. The latest Covid-19 variant, which has been detected in dozens of countries, seems to dull the power of the Pfizer vaccine, but the company said its boosters offer significant protection. Omicron appears to spread rapidly, though it may be less severe than other forms of the virus.

A new wave worries Britain. With cases of the Omicron variant doubling every three days and the government introducing new restrictions, Prime Minister Boris Johnson said that the country’s vaccine booster program would be accelerated to offer all eligible adults a booster shot by the end of this year.

“Faced with an especially contagious variant of the virus in the midst of a pandemic that has now claimed the lives of over 750,000 in the United States and some 55,000 in New York, the state decided as an emergency measure to require vaccination for all employees at health care facilities who might become infected and expose others to the virus, to the extent they can be safely vaccinated,” a unanimous three-judge panel of the appeals court wrote in an unsigned opinion. “This was a reasonable exercise of the State’s power to enact rules to protect the public health.”

In an emergency application asking the Supreme Court to intercede, the health care workers’ lawyers wrote that the requirement “imposes an unconscionable choice on New York health care workers: abandon their faith or lose their careers and their best means to provide for their families.”

Barbara D. Underwood, New York’s solicitor general, responded that the state does not allow a religious exemption for its longstanding requirements for measles and rubella. The medical exemption for the vaccination requirement, she added, “is tightly constrained in both scope and duration,” making very few people eligible for it.

As a general matter, she wrote, “achieving high vaccination rates in particularly vulnerable settings is of the utmost importance.”

“Today, we do not just fail the applicants,” he wrote. “We fail ourselves.”

“We allow the state to insist on the dismissal of thousands of medical workers — the very same individuals New York has depended on and praised for their service on the pandemic’s front lines over the last 21 months,” Justice Gorsuch wrote. “To add insult to injury, we allow the state to deny these individuals unemployment benefits too. One can only hope today’s ruling will not be the final chapter in this grim story.”

“Where many other states have adopted religious exemptions, Maine has charted a different course,” Justice Gorsuch wrote at the time. “There, health care workers who have served on the front line of a pandemic for the last 18 months are now being fired and their practices shuttered. All for adhering to their constitutionally protected religious beliefs. Their plight is worthy of our attention.” 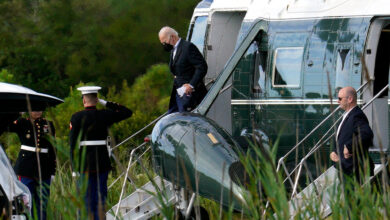 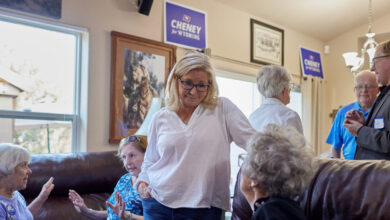 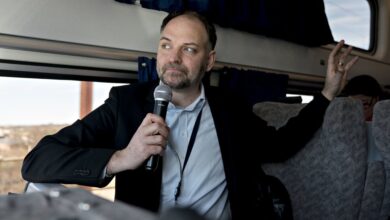 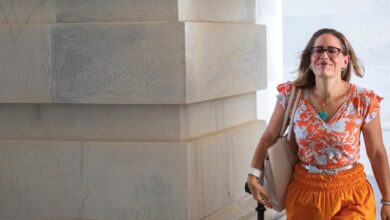