Jimmy Greaves, one of the greatest goal scorers in English soccer, has died. He was 81.

Tottenham Hotspur, where he played for nine years, announced his death on Sunday but did not say where he died or cite the cause.

Greaves suffered a minor stroke in 2012. His family thought he had made a full recovery, but he had a more severe stroke in 2015.

An all-around striker as adept with his head as he was with either foot, Greaves scored 44 goals in just 57 matches for England.

But even though he was the first player to lead scoring in England’s top league for three straight seasons, he may be best known for one game he missed: the World Cup final.

Greaves was England’s star striker going into the 1966 tournament on home soil. But he was injured in a first-round match against France and surrendered his place in the lineup to Geoff Hurst.

Hurst scored the only goal in England’s quarterfinal win over Argentina and kept his place on the team at the expense of Greaves. Hurst earned lasting fame by scoring the first hat trick in a World Cup final; Greaves famously sat impassively on the bench as England celebrated their 4-2 win over West Germany at the final whistle.

Substitutions were not permitted at the time and squad members didn’t receive medals, as they have at World Cups since 1974. A campaign by fans led to the presentation of medals to Greaves and 10 other members of the squad, known as the “forgotten heroes,” in 2009. Greaves sold his 18-carat medal at auction in 2014 for £44,000 (about $60,000).

“It was devastating for me that I didn’t play in the final,” Greaves said in 2009. “I always believed that we would win the World Cup and I’d be part of it, but I wasn’t.”

Greaves in 2013. After his soccer career ended, he moved into television.Credit…Action Images/Action Images

He scored nine goals in 12 games with Milan but did not settle in Italy, instead ending his brief stay to return to London with Tottenham, where he would spend the next nine years and score 266 goals in 380 games, a club record.

The move apparently worked: Greaves scored a hat trick in his opening match, a 5-2 win over Blackpool, and helped Tottenham retain the Football Association Cup.

In 1963, he scored twice in a 5-1 win over Atletico Madrid in the European Cup Winners Cup, a victory that made Tottenham the first British side to win a European trophy. He was the first division’s leading scorer — a feat he would repeat in 1964, 1965 and 1969.

Greaves switched to West Ham in 1970, traded for his former England teammate Martin Peters. He retired at the end of the season with a record total of 357 goals in 516 league matches.

He made a brief comeback for the nonleague club Barnet in 1978, but soon quit again and moved into television. He was a presenter of the long-running Saturday show “Saint and Greavsie” in Britain with the former Liverpool player Ian St. John.

Information on survivors was not immediately available. 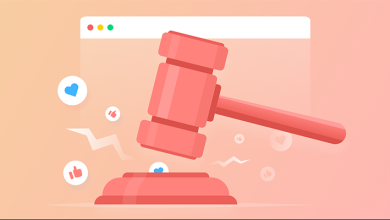