NEW ORLEANS — The locals streamed down Poydras Street toward the Superdome, walking past tree limbs, over downed poles and through intersections where lights blinked only red. Once they were inside together, they released what the jazz trumpeter Kermit Ruffins last week called the most beautiful sound in the world.

For nearly two years, that din had been languishing in the larynxes of Saints fans like Danaty Moses, silenced first by a viral scourge and then Hurricane Ida, which ravaged the region, displaced thousands of Louisianans and sent the team to Texas. As soon as the Saints announced their return, having played what amounted to three consecutive road games, Moses spent nearly $700 on eight tickets, and she delighted on Sunday in losing her voice while cheering from Section 635.

“They are the glue that keeps the city and state together,” Moses, of Bogalusa, La., said of the Saints. “Day to day here is rough. You wake up like: ‘OK, what’s my next move? What’s my next step?’ That’s six days out of the week and it’s strenuous and it’s bothersome. But that mental break that you have with the Saints is exactly what you need in order to pull through, to get to the next week.”

The Saints provided a respite from contractors and insurance adjusters, but the week will still dawn with gloom. No moments from Sunday’s game, a 27-21 overtime loss to the Giants, will be celebrated by a statue outside the Superdome, as was erected as a homage after the Saints’ first game in New Orleans after Hurricane Katrina. The man immortalized for blocking a punt that night 15 years ago, Steve Gleason, watched his former team allow the final 17 points, a spree punctuated by Giants running back Saquon Barkley’s 6-yard score five minutes into overtime.

Through four weeks, the Saints (2-2) have alternated wins and losses, as if co-opting the city’s chaotic energy. They evacuated on Aug. 28, the day before Ida made landfall and the day after they were ordered to gather family, pets and essential belongings for an absence of indeterminate length. From afar, they checked in on friends and neighbors, tracked the destruction on social media and reminded themselves of who — and what — they were playing for.

“I wouldn’t call it pressure, but we feel that responsibility,” defensive end Cameron Jordan, who has been with the Saints since 2011, said in an interview last week. “And we take pride in that.”

After defeating New England last week, players rushed into the locker room chanting, “We’re going home,” and when their flight landed and a voice from the cockpit welcomed them back, the cabin erupted.

Deonte Harris of the Saints rushed as Lorenzo Carter and Logan Ryan of the Giants defended.Credit…Jonathan Bachman/Getty Images

Players returned to rotten groceries and moldy walls and withered plants. The storm uprooted Jordan’s fence and breached Deonte Harris’s roof. It ruined the steaks in Andrew Dowell’s freezer and swamped Pete Werner’s apartment with an unidentifiable stench. Four hours of scrubbing and some lavender-scented candles later, it was gone.

The damage elsewhere transcended mere inconvenience. To Ruffins, Ida evoked Katrina’s little niece, coming back to check on everyone. High winds and floods pummeled areas south and west of New Orleans, like the town of Lafitte, where in the immediate aftermath Owen Belknap, a volunteer with Cajun Navy Relief, patrolled streets in a boat. Belknap grew up with a photo from that first game at the Superdome after Katrina hanging on a wall, and it followed his family across state lines, from home to home, at once a totem and a reminder.

“No matter what storm hits us, we’re still going to be a community that cares about and loves one another and watches Saints together,” Belknap, 22, a student at Louisiana Tech University in Ruston, said by phone on Saturday. “That tradition is comforting and reassuring. It tells people that things, as bad as they might seem, are going to be OK.”

Not too long ago, had one typed “New Orleans Saints” into Google Maps, this is what would have spouted forth: “Religious institution.” The zeal for them is practically ecumenical, with cherished rhythms that endure even after natural disasters. Over FaceTime last week, Moses, 37, shared how after one of her close friends sustained serious damage to her home in Edgard — “everything was completely underwater” — she remarked how she had nowhere to watch the Saints.

“No internet, no home, no cars, and people still were looking for a way to watch the Saints,” Moses said. “Everybody that could just opened their homes.”

It had been 21 months since the Saints last played before a full Superdome crowd, when Minnesota ousted them from the postseason in January 2020. Drew Brees led New Orleans then, but no longer, succeeded by another quarterback who embraces his role in helping the city recover from devastation. Jameis Winston, a son of the Gulf, promised at his first news conference after being named the team’s starter to represent fans well, and he has donated water and thousands of dollars to aid rebuilding efforts.

The Saints play in a stadium that is Louisiana’s most important building, a cultural touchstone that on home football Sundays feels less like a sporting venue than a spiritual revival. The Superdome doubled as a shelter during Katrina and has come to symbolize so many elements of the human condition: suffering, despair, rebirth. Its roof caught fire on Sept. 21 — “At this point, you’re thinking, like, ‘What else?’” Jordan said — and as Ruffins processed the absurdity of it all, he recalled a favorite saying: Only in New Orleans.

Perched atop a stool one morning last week at Kermit’s Tremé Mother-in-Law Lounge, where after Ida he passed out free red beans and rice for almost a week, Ruffins mentioned how his parents used to wear paper bags on their heads at Tulane Stadium. His father, Lloyd, whom he said oversaw the cleaning crew at the Superdome when it opened in 1975, allowed him to run onto the Superdome turf, years before he would play “The Star-Spangled Banner.” After Katrina, his first purchase was a big-screen television, lest he miss his Saints.

“It’s a day we don’t have to adult,” Ruffins said.

Three weeks ago, when the Saints played their home opener not in New Orleans but at a stadium in Jacksonville, Fla., dominated by Packers fans, Allen Keller watched at a bar near the Superdome, and downtown felt empty, eerie and quiet. Knowing it wouldn’t feel that way on Sunday, Keller barely slept Saturday night.

“This is a chance for us to reconnect,” Keller, 39, of Prairieville, La., said. He added: “For a few hours you don’t have to worry about the insurance claims or personal issues or anything. When the Saints are playing, that’s the only thing on your mind.”

Keller planned to spend the day tailgating from his spot in a lot at Perdido and South Rampart. He did not have tickets, and he did not need them. Just being there was enough. 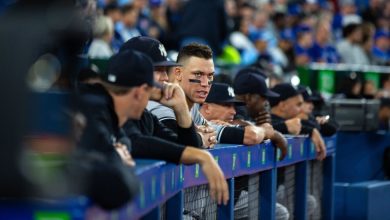