In the end, the Mets lost so prodigiously that their elimination from playoff contention was an afterthought. When they fell to the Milwaukee Brewers on Saturday night, the Mets clinched their fifth consecutive season without a playoff berth. It was their 33rd loss in 50 games since the end of July.

“I wouldn’t say we didn’t go down without a fight,” outfielder Michael Conforto told reporters in a video news conference. “I wouldn’t say that. I think we fought; we didn’t get the wins. But our guys — we fight every single day.”

Fair enough; nobody would suggest that the Mets did not try. But anyone can try. It also takes talent, brains and luck to win, and other teams had more than the Mets.

That includes the Brewers, their hosts for elimination night, who have run away with the National League Central to clinch their fourth postseason berth in a row. The Mets have never had a streak of playoff appearances longer than two years, and would surely love to pluck the Brewers’ young architect, David Stearns, to run their baseball operations.

But Stearns, alas, has a contract with a stable, well-run organization in Milwaukee. The Mets’ organization still aspires to those traits. As the Mets struggled to make the most of the elite young pitching that led them to the 2015 World Series, Stearns and the Brewers developed so much of it that they could make a deep run this October.

For the Mets, of course, that pennant run was as good as it got. Two of their prized starters from the mid-2010s, Zack Wheeler and Steven Matz, have had strong, healthy seasons — but neither works for the Mets anymore. The right-handers Jacob deGrom and Noah Syndergaard do, but mainly as phantoms.

DeGrom’s stat line this season reads like a fantasy for a high-leverage reliever: 92 innings, 146 strikeouts and a 1.05 E.R.A. Unfortunately for the Mets, deGrom is a starter who compiled all those numbers before the All-Star break. His arm could not withstand the strain of repeatedly whipping fastballs at 99 miles an hour.

With velocity, more heat can often mean less time on the mound — a lesson Syndergaard has learned, painfully, in his second season lost to Tommy John surgery. Syndergaard and deGrom might return sometime in the final week of the season, but that would be too late to help the Mets make the playoffs.

The team’s fate, missing the postseason, seemed improbable on July 31, when the Mets were 56-48 and held a five-game lead in the N.L. East. A week later they had lost that lead altogether, and when they were eliminated on Saturday they stood nine games out of first place, a season high. Milwaukee completed a three-game sweep of the Mets on Sunday.

The Atlanta Braves lead the division, partly because their general manager, Alex Anthopoulos, acted aggressively in the trade market in July.

Like the Mets with deGrom, the Braves lost their best player to injury in mid-July. But when outfielder Ronald Acuna Jr. tore his right anterior cruciate ligament, the Braves knew he was done for the season and traded for four outfielders: Joc Pederson, Adam Duvall, Eddie Rosario and Jorge Soler.

Javier Baez, right, has hit over .300 for the Mets since the trade deadline, with his free agency looming.Credit…Aaron Gash/Associated Press

The Mets lacked clarity on deGrom’s status and added one starter, Rich Hill, to the rotation. Hill has pitched well, and the Mets’ biggest July trade acquisition, infielder Javier Baez, has been on a tear in September as he auditions for a new contract. But the Mets did not help themselves enough, as Manager Luis Rojas suggested after the loss on Saturday.

“The second half, we played erratic, we made errors, not like we did in the first half,” Rojas said. “The pitching wasn’t the same, not like the first half. We did hit a little bit, but the schedule was different. We ran into teams that are gaining momentum, that did a good job as well at the deadline to boost their offense.”

Rojas faces an uncertain future as the Mets’ new owner, Steven A. Cohen, searches again — with the team’s president, Sandy Alderson — for a baseball operations leader. This will be a critical do-over for Cohen, after the embarrassing episodes involving Jared Porter and Zack Scott. Porter was fired as general manager in January for sending dozens of lewd and explicit text messages to a female reporter while working for another team, and Scott, his acting replacement, was placed on administrative leave this month after he was arrested on a charge of driving while intoxicated.

Maybe Cohen’s riches and drive can lure an accomplished veteran executive, like Theo Epstein or Billy Beane, to Citi Field. Maybe his impulsive tweets — and the organizational dysfunction that has outlived the Wilpons — will make the job less attractive than Cohen may think it is.

However it shakes out, the Mets must determine why so many hitters, including Conforto, Francisco Lindor, James McCann, Jeff McNeil and Dom Smith, performed below expectations in 2021. Besides the bullpen and a handful of other players — starter Marcus Stroman, first baseman Pete Alonso, infielder Jonathan Villar — nobody stayed healthy and gave the Mets what they wanted.

“We have great players,” Conforto said. “One tough year doesn’t define these guys.”

Say this for the Mets: They never lack confidence. But after yet another tough year, you have to wonder how great those players really are, and who will be entrusted with making them better. 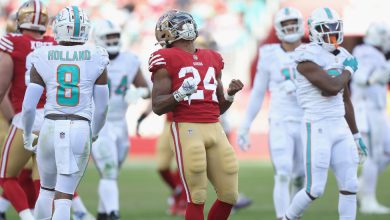