The running backs in today’s N.F.L., Eric Dickerson said, are fine. But none — not Jonathan Taylor, not Ezekiel Elliott, not Derrick Henry — remind him of himself.

“I’m not saying that to be boastful,” Dickerson said. “No one ran like I ran.”

With a distinctive upright running style — and wearing Rec Specs and a neck roll — Dickerson rushed for 13,259 yards, mostly for the Rams and Colts. When he retired, in 1993, that total ranked second in N.F.L. history. It’s now good for ninth, but even three decades later, Dickerson, 61, still holds three significant records: No one has rushed for more yards as a rookie (1,808), in a playoff game (248) or in a single season (2,105).

Dickerson, whose memoir, “Watch My Smoke,” comes out this month, discussed in a telephone interview why he thinks those records won’t fall for a while, if ever; the N.C.A.A.’s decision to allow college athletes to profit off their name, image and likeness; and whether he’ll let his son play tackle football.

This interview has been lightly edited for clarity and condensed.

Before Derrick Henry got hurt, did you think he would break your single-season rushing record? [Editors’ note: Henry fell 78 yards short of the record in the 2020 season and had been widely expected to challenge for it in 2021, with the addition of a 17th regular-season game to the N.F.L. schedule. Dickerson set the record in the 1984 season.]

In all honesty, no. There’s just something about that record, I don’t know what it is. Maybe it’s supposed to last longer, or maybe my lifetime. I kept telling guys, a big part of it is you can’t fall behind, you can’t get hurt. I most definitely didn’t want to see Derrick Henry get hurt. I’d rather see him break my record all day long than get hurt. I just didn’t think he’d break it. I didn’t think Adrian Peterson would break it when he got close.

When he was trying for it, I was at Toys “R” Us with my little girl. She was maybe four or five, then. Jackie Slater calls me and he’s blowing my phone up like, ‘Man, you watching this game? What the hell you doing at Toys “R” Us, A.P.’s gonna get the record.’ I said, ‘He ain’t gonna get it.’ I just had a feeling. And sure enough, what did he wind up? Nine yards short? [Ed.s’ note: Peterson finished 8 yards short in 2012.]

The one I think is going to last is that 1,808, that rookie record. It’s so hard for a rookie to come in and do it.

And you almost didn’t set the single-season mark, because you got turf toe in Week 8.

Oh, most definitely. I mean, my toe still bothers me to this day. I couldn’t walk on it at all. I couldn’t even touch it. Like a bedsheet, if it touched it, it was like dropping a book on it. Gary Tuthill, the trainer, was the one who came up with the idea for a toe piece. I still have my toe piece right here, two of them. It saved my career because I played with it my whole career. I could not play without it. A toe is a debilitating injury. People don’t realize. You don’t even think about a toe. But it’s a horrible injury if you have to put pressure on it, push off it being a running back or offensive lineman. You can’t do it.

Have you imagined how different it would be if you played today, with the N.C.A.A. permitting college athletes to profit off their name, image and likeness?

That’s way overdue. It’s sad because it should have been like that years ago. I think about myself. I think about guys before me that were poor Black kids that were just trying to help their family out, the little bit they could. Wasn’t like we were getting rich. They vilified you for it. They made you out to be a bad guy. But you come from nothing. You’re trying to help out a little bit with what you have as a talent.

[Ed.s’ note: The N.C.A.A. levied against S.M.U. the so-called “death penalty,” canceling the football program for the 1988 season, after an investigation found repeated recruiting violations including facilitating payments to players.]

Your passion for that transfers over to your advocacy for better health benefits for retired N.F.L. players, it feels like.

Let me tell you something: The N.F.L. is another no-good entity. I bet if you talked to 100 players, I bet you 85 to 90 of them are gonna say they hate the N.F.L. I just think that’s sad. I heard the other day from two guys. What’s ironic about it is these are white guys. They say the same thing that we Black guys say: They just want you to go somewhere and die. They don’t want to help you, they don’t give a damn about you.

Dickerson posed with his bust and former teammate Jackie Slater, who presented him at his enshrinement into the Pro Football Hall of Fame in 1999.Credit…David Maxwell/AFP via Getty Images

In your book, you discuss football’s impact on your body and brain. How are you doing?

I have good days and bad days. I can’t sleep. Last time I had a really good night’s sleep was about three years ago and I slept on a plane going from L.A. to London. I can remember it, I remember very well. Sometimes I may sleep two hours, I may sleep four hours. I just went to a sleep apnea place to see if I have it. It’s horrible, man.

I know for me, I won’t have a long life living like this, not being able to sleep. It just won’t happen. People ask would I do it all over again if I knew what would happen. Yeah, I would do it and I’d do it for one reason: My mom. I’d do it for Viola Dickerson. It gave my mother and my family a life they never would have had. And me, too.

Are you at all concerned that you have Chronic Traumatic Encephalopathy (C.T.E.)?

I mean, I’m sure. I know I do, some form of it. Not advanced yet. But sometimes I have a short fuse and sometimes I don’t. Something small, like a guy blows a horn at me, and man, my insides go ballistic. I mean, I’ll go crazy. Like, crazy crazy. We guys talk about that, how you have that short fuse. That’s the football, the aggressiveness. I’ll get real aggressive. I don’t like that. I don’t like to act like that. Because once I start, I can’t stop. I’m gonna say, it’s almost embarrassing, it’s uncontrollable. It’s almost like The Incredible Hulk. I cannot control myself. I don’t care if the Pope was here, I’m going to curse and go ballistic. And I don’t like to act like that.

Knowing what you do, will you let your son play tackle football?

Well, he’s 9 years old, and he plays flag football. I’ve talked to him about football. I said, ‘Listen, you’re playing flag. There’s gonna come a point where it’s tackle.’ He says, ‘Dad, I understand.’ I said, ‘No, there’s gonna be hits and tackling. It’s going to be more physical.’ If he wants to play, would I let him play? Yeah, probably. I would. I wouldn’t want to stop him. But I want to give him everything he has to work with to know how dangerous that sport is. 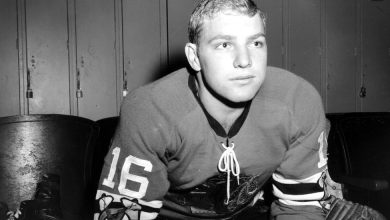 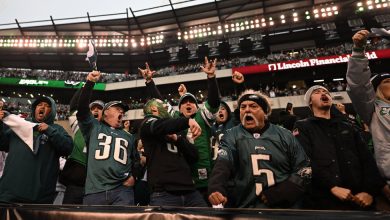 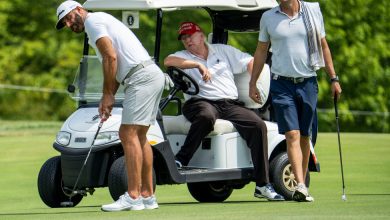 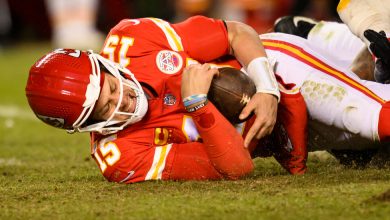