I grew up in a relatively equal society, at least as far as incomes were concerned. Obviously there were class differences in 1974, the year I graduated from college; some jobs paid much better than others, some people were rich while others were desperately poor. But for most Americans these differences were much narrower than they are today.

It was an era in which many though not all blue-collar jobs offered solidly middle-class incomes and lifestyles. Labor productivity in the early 1970s was less than half what it is today, but the average hourly wage of nonsupervisory workers, adjusted for inflation, was as high then as it was on the eve of the pandemic. And while the economic elite lived well, it was nothing like the extravagance we now take for granted. In 1973, C.E.O.s at major corporations were paid about 23 times as much as their workers; now the ratio is 351 to 1.

At the time, we took a broadly middle-class society for granted, imagining it was the natural condition of an advanced economy. Clearly, however, it wasn’t.

So what made that relative equality possible? A large part of the answer, surely, is that back then America still had a strong union movement. There is overwhelming evidence that in their heyday unions had a powerful effect in reducing inequality, both by raising their own members’ wages and by setting pay norms even for nonunion workers.

Which is why what happened on Staten Island last week — when workers at an Amazon fulfillment center voted by a wide margin to unionize — may be hugely significant.

I often encounter people who assume that the decline and fall of America’s private-sector unions — which represented 24 percent of private-sector workers in 1973, but only 6 percent last year — was an inevitable consequence of economic change. After all, weren’t the big, powerful unions concentrated in manufacturing? And weren’t they fated to lose power both because manufacturing declined as a share of employment and because international competition sapped their bargaining power?

But other countries have remained highly unionized — two-thirds of Danish workers are union members — even while experiencing deindustrialization comparable to what has happened here.

After all, why should unionization be mainly restricted to manufacturing? If I had to describe a company that would make an especially good target for unionization, it would be something like this: It would be a large company, with a lot of market power because it doesn’t face strong competition either at home or from abroad. It would also be a company that can’t credibly threaten workers with outsourcing their jobs to lower-cost locations if they unionize, because its business model depends on having most workers close to its customers.

It would, in short, be a company that looks a lot like Amazon. Consumers may experience Amazon as a sort of immaculate, untouched-by-human-hands experience: You click on a button and stuff appears on your doorstep. But the reality is that Amazon’s business success depends less on the quality of its website than on a huge network of fulfillment centers located close to major markets — like the one on Staten Island — that make it possible to quickly deliver a wide variety of products. The need to maintain this network is why Amazon employs more than a million workers in the United States, making it the second-largest private employer, after Walmart.

So why aren’t Amazon and Walmart workers represented by unions the way General Motors workers were when G.M. was America’s largest private employer? The answer, surely, is mainly political. The great unionization of U.S. manufacturing took place during the New Deal era, when federal policy was pro-union. The shift of the U.S. economy from manufacturing to services took place during an era of right-wing dominance, with federal policy hostile to unions and willing to turn a blind eye to hard-line — and sometimes illegal — tactics used by employers to block unionization drives. Indeed, Amazon aggressively fought to block a pro-union vote on Staten Island.

Now, maybe this labor victory was a fluke. It comes as Amazon workers in Alabama appear to have narrowly rejected a union. But maybe, just maybe, it represents a turning point.

You don’t have to romanticize unions to realize that a revival of unionization would, in multiple ways, make America a better society. Unions can, as I said, be a powerful force for equality. They could also reduce the craziness of U.S. politics.

I don’t just mean union members are far more Democratic-leaning than otherwise similar voters, although given the QAnonization of the G.O.P. I think it’s fair to call that a step toward sanity.

Beyond that, however, unions appear to be an important source of political information for their members, potentially helping voters to focus on real policy issues as opposed to, say, the existential threat posed by woke Disney.

OK, I’m making a big deal out of what so far is a small event. But if America manages to steer itself toward becoming a more equal, less insane polity, future historians may say that the turn began on Staten Island.

The Times is committed to publishing a diversity of letters to the editor. We’d like to hear what you think about this or any of our articles. Here are some tips. And here’s our email: letters@nytimes.com. 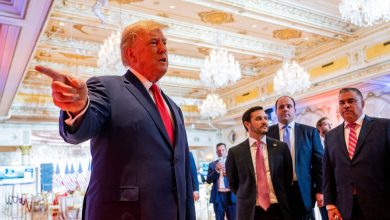 N.Y.U. Putting $1 Billion Into Its Engineering School in Brooklyn

For China’s Leader, Another Dilemma: How to Mourn Jiang Zemin 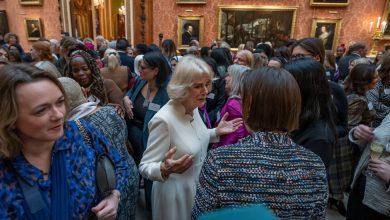