A Princeton classics professor was fired, “effective immediately,” on Monday after the university’s administration found that he had not been fully honest and cooperative with an investigation into his sexual relationship with an undergraduate student about 15 years ago.

The dismissal of the professor, Joshua Katz, was a rare case of a tenured professor being dismissed, and came after a fierce debate on campus and in wider political spheres over whether he was targeted for his politics. In 2020, he wrote an article in Quillette, an online journal, which criticized anti-racist proposals by Princeton faculty, students and staff.

The university’s statement on the firing did not even allude to the free speech issue. The reasons the university gave for dismissal were based on a “detailed written complaint from an alumna who had a consensual relationship with Dr. Katz while she was an undergraduate under his academic supervision.” That relationship was in 2006 and 2007, but the alumna did not file her complaint until 2021.

Dr. Katz declined to comment immediately. But his lawyer, Samantha Harris, said Dr. Katz was not surprised by his firing.

She said the university’s assertion that Dr. Katz had tried to impede the investigation into his sexual relationship with the student was a “mischaracterization.”

And she said, “The university’s decision will have a powerful chilling effect on free speech, because anyone who might wish to express a controversial opinion knows that they must first ask themselves if their personal life can stand up to the kind of relentless scrutiny that Dr. Katz’s life was subjected to beginning just days after the publication of his Quillette article.”

The dismissal of Dr. Katz came after a fierce debate over whether he was being targeted for his unpopular political views.Credit…An Rong Xu for The New York Times

Princeton’s president, Christopher Eisgruber, addressed the debate over Dr. Katz duringremarks Saturday to alumni who had returned to campus for reunions.

He defended his record on free speech, and said the university had to act when faculty violated conduct rules.

“We take those rules very seriously here and we believe that a faculty member is bound by those obligations, regardless of how distinguished they may be, and regardless of what their political views may be,” he said. “Political views aren’t a reason to investigate anybody. They’re also not a defense for investigating anybody.”

The university’s statement said a 2021 investigation had “established multiple instances in which Dr. Katz misrepresented facts or failed to be straightforward” during an earlier 2018 Princeton investigation into the relationship with the undergraduate.

One such instance, the statement said, was “a successful effort to discourage the alumna from participating and cooperating after she expressed the intent to do so.” The investigation also found that “Dr. Katz exposed the alumna to harm while she was an undergraduate by discouraging her from seeking mental health care although he knew her to be in distress, all in an effort to conceal a relationship he knew was prohibited by university rules,” according to the statement.

These actions, the statement said, were “not only egregious violations of university policy, but also entirely inconsistent with his obligations as a member of the faculty.”

Ms. Harris said that investigators had taken things said between Dr. Katz and his former student during bursts of anger and frustration at a stressful time, and turned them into much more damning statements, which were belied by context he provided in contemporaneous emails.

Dr. Katz and his allies pointed out that he had already been punished once — by being suspended — for the relationship, and contended that it was being resurrected as a pretext to retaliate against him for the Quillette article. The article criticized anti-racist proposals in a July 2020 letter signed by more than 300 Princeton faculty, students and staff.

In the most widely quoted and reviled element of his article, he called a student group, the Black Justice League, a “small local terrorist organization” that had made the lives of many students, including Black students, miserable.

The firing was expected after Princeton’s president, Mr. Eisgruber, recommended his termination in a May 10 letter to the chair of the board of trustees.

The dismissal did not go smoothly. When told that Princeton had announced his firing, Dr. Katz’s wife, Solveig Gold said, “That’s news to me. We have nothing.” She added, “It’s pretty damning that we don’t have it ourselves.”

She later said that Dr. Katz had discovered that the university’s notice that he was being fired had been sent to the wrong email. 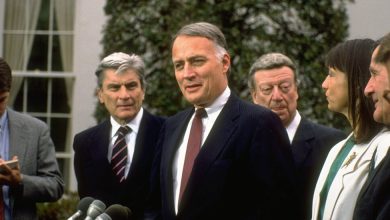