New video has emerged that adds to mounting evidence of atrocities carried out in March while Russia’s military occupied the suburban town of Bucha, northwest of Kyiv.

The video shows a cyclist moving along a street in Bucha, dismounting and walking a bicycle around the corner onto a street occupied by Russian soldiers. As soon as the cyclist rounds the turn, a Russian armored vehicle fires several high-caliber rounds along the thoroughfare. A second armored vehicle fires two rounds in the direction of the cyclist. A plume of dust and smoke rises from the scene.

The video is aerial footage recorded by Ukraine’s military in early March, when Russian forces still held the town. It has been independently verified by The New York Times.

Weeks later, after Russia withdrew from Bucha, a body in civilian clothes was filmed beside a bicycle in this precise location in a second video verified by The Times. The body, with one leg mangled, lies behind a concrete utility pillar that has collapsed from an apparent strike. The damage to the pillar is consistent with high-caliber ammunition. The person’s clothing — a dark blue top and lighter pants — matches the cyclist’s attire. 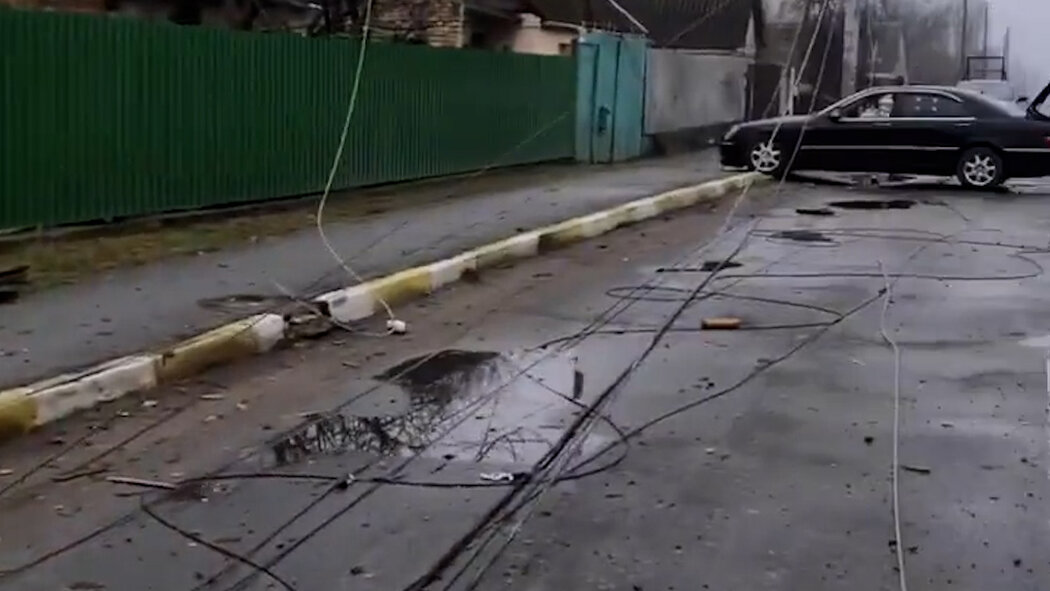 In the aerial footage, the Russian armored vehicles visible on the street appear to be BMD-4 infantry fighting vehicles, which are commonly mounted with a 100-millimeter gun and 30-millimeter cannon, according to a Times analysis of the video. More than 20 Russian military vehicles are positioned near the two vehicles that fired, both on the same street and stretching for blocks along a cross street. 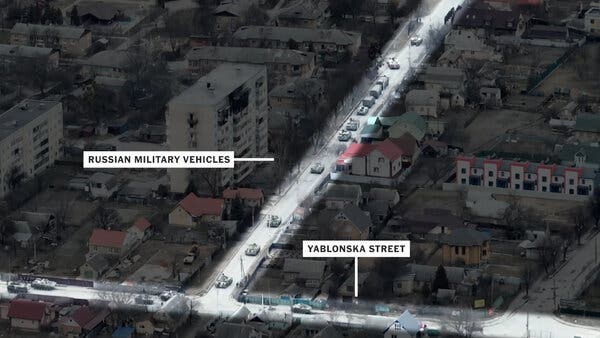 A Russian convoy positioned by Yablonska Street in Bucha in March.Credit…Newsflare

The military convoy is stationed at an intersection on Yablonska Street, where The Times on Monday documented more than a dozen dead bodies. Satellite images confirmed that the people were killed in March while Russia controlled the town; the new video confirms that a Russian convoy was situated where many of those bodies were found.